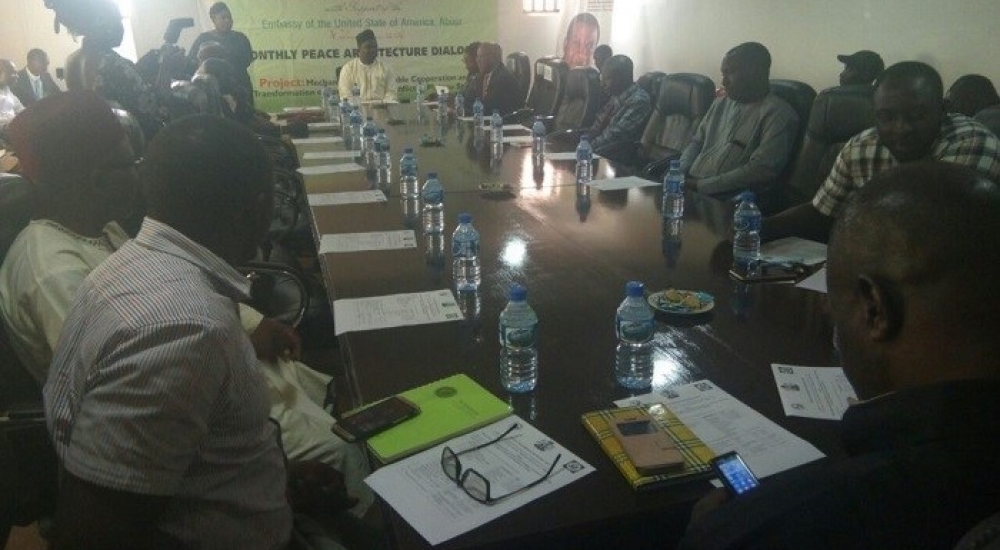 Stakeholders in Plateau on Thursday decried the rising influx of illegal migrants, and drug abuse in the state, and called for urgent measures to tackle the two evils.

The stakeholders voiced their concern during a meeting organised by the Plateau State Peace Building Agency (PPBA) in Jos.

The meeting had the theme: “Illegal Migration, Drug Peddling/Substance Abuse and Security Challenges on the Plateau: Strategies for Conflict Prevention and Peace Building”.

Declaring the event open, Mr Joseph Lengman, the Director General of PBA, said that the meeting was aimed at fashioning ways of stemming the tides of illegal migration and drug abuse in the state.

Lengman particularly decried the influx of illegal migrants as well as the rate of production and consumption of hard drugs in the state, describing the situations as alarming.

He explained that the meeting was to enable stakeholders x-ray possible ways of adopting a multi-sectoral approach toward ensuring that the menace did not hurt the peace in the state.

“The rate at which illicit drugs are being produced and consumed in the state has become a thing of serious concern.

“Similarly, the rising spate of undocumented migrants, who reside in Plateau, is also a thing of deep concern.

“If these two basic menaces are not properly checked, our peacebuilding process will only be an effort in futility.

“So, this meeting is all about fashioning out and creating a platform to enable critical stakeholders to brainstorm on possible ways of addressing these concerns,” he said.

Lengman explained that the business of peacebuilding was a collective one, saying that all hands must be on deck to ensure a peaceful Plateau.

Also speaking at the event, Public Relations Officer of the Nigerian Immigration Service (NIS), Plateau command, Mr Lipdo Nangwang, said that the NIS had put in place stringent measures to check illegal migration in the state and the country in general.

He, however, advised residents of the state to report foreigners living in their communities to the Service so as to rid the state of illegal migrants.

“People must desist from shielding foreigners living in their communities; they should report them to the appropriate authorities.

“If that is done, we will be able to flush them out and reduce some imminent threats to our corporate existence,” he said.

Mr Idoga Alexander of the National Drug Law Enforcement Agency (NDLEA), however, said that the influx of hard drugs into the state had drastically reduced, which had equally affected consumption.

Alexander added that the production of cannabis sativa, which used to be high in the state, had also reduced, stressing that the NDLEA had stepped up its game toward ending its production and consumption.

On his part, Mr Williams Daniel from the State Ministry of Justice commended the peacebuilding agency for working assiduously to promote peaceful coexistence in Plateau.

He called on residents of the state to cooperate with the agency to achieve lasting peace.

The meeting was organised under the project: ‘Consolidating the Mechanism for Sustainable Cooperation and Transformation of farmers/ herders Conflict in Plateau’.

It drew participants from government agencies, Civil Society Organisations (CSOs), security agencies, the academia, among others.